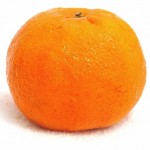 Time for the next chunk of my NaNo ’09 effort. In this part we get introduced to some new characters (the first of whom was going to play linchpin at a crucial moment in the story I didn’t even get close to reaching), and also get more from Cam & Jeromy. We’re getting close to the end now, but there is some very exciting action to come.

If you missed them, check out parts one, two, three, four and five first.

Adam Lavoie read the questionnaire and laughed. He had forgotten all about it, in fact. His eager curiousity had already gotten the better of him shortly after he replied to the ad, and he’d decided to do a bit more research. Through the domain registry for “directexpressions.web” he confirmed that the company’s name was, in fact, “Direct Expressions”, and he also obtained a phone number, which turned out to be the owner’s son’s cellphone. “I set that up for my dad,” he told Adam. “I can give you his business number, hold on a second.”

When Adam called the office, an enthusastic young representative talked in endless circles about revolutionizing art and creative expression while saying almost nothing specific. Adam realized he would have to visit the office in person to penetrate their wall of secrecy. The call was not a complete waste, however, for Adam had caught one important detail: during his spiel, the rep mentioned “the help of our corporate partner”. Maybe there were big guns hidden somewhere, he thought. He looked up the phone number online and was pleased to find the address listed, making mental plans to visit after the weekend, first thing Monday morning. Later that evening, when he read the ridiculous questionnaire, he decided on a whim to try Saturday first, perhaps at around lunchtime. He had an odd hunch that someone would be there, and that he might just be able to catch them off their guard.

Clementine never got the questionnaire. The day after she replied to the ad, when she was leaving the basement of Corner Computers to return to the traveler’s hostel where she had charmed her way into a discounted long-term residency, she was shocked to find someone waiting for her outside. She squinted in the darkness, hoping somehow it would be the professor. But then, she always hoped everyone was him. She clenched her teeth and told herself again: James is dead. But it didn’t fit right.

The man who was waiting for her introduced himself as an agent for Direct Expressions. He said they knew just who she was, and that she didn’t need to go through the formality of a questionnaire. “In fact,” he said, “I’d like to show you our facilities right now, if you have the time. I think you will find them very intriguing.”

It didn’t seem to cross the man’s mind that Clementine might find his sudden appearance the day after she sent a single email a bit unsettling. In fact he seemed so genuinely excited, so confident that she would want to see what he had to show her, that nothing else was on his mind at all. Knowing she was being somewhat impulsive, and that she could likely get a ride home and maybe even a free meal out of it, she agreed to let him drive her to his “facilities”, whatever and wherever those might be.

Jeromy and Cam were on their fourth pitcher, having spent more than an hour ostensibly discussing their plans for scoping out the Direct Expressions office, which in fact consisted of little more than “go there and see what it’s all about”. The bar was getting busier, and Anna hadn’t had much time for them, though both had made several attempts to draw her into a conversation. Cam was suggesting, for no particular reason, that they try to get onto the roof. Suspicious things, he explained with the beginnings of a slur, often happen on the roof.

“I’m not-” Jeromy began, then paused. He tried again. “I’m not sure that makes any sense.”

“Whatever,” said Cam. “I want to climb something.”

Anna appeared next to them and greeted a young couple that had just arrived. Too young, Jeromy thought after looking them over, and he could see from Anna’s face that she thought the same thing.

“You two look pretty young,” she said. She glanced around the bar, then cocked her head sideways. “You aren’t going to go puking on the floor and making me clean it up, are you?”

“We’re both nineteen,” said the guy. He wasn’t a good liar.

“Yeah sure,” said Anna. She turned to the girl. “What about you? Is your daddy going to come in here threatening to sue us when you stumble home drunk?”

Jeromy grinned. Alex clearly had a good eye for people – the girl did look like the sort with a protective father. He looked over at Cam, who had also been listening, and could tell from his face that he also thought it would be fun to watch them get drunk.

“It’s okay Anna,” he said, rising to put his arms around the couple. “I’ve seen these two around here before. They’re well behaved.”

Anna rolled her eyes. “Don’t you go telling all your little schoolfriends to come here,” she sneered. “Now, what do you want? And I’m not serving you shots.”

The kids, mildly shocked, ordered their drinks and turned to Cam and Jeromy, who were laughing quietly. “Thanks guys,” said the boyfriend. “I’m Evan, and this is my girlfriend Alex.”

Cam and Jeromy were prone to moments of unspoken understanding, the frequency of which often increased with their level of intoxication. When Evan introduced himself, all eager and innocent, thrusting out his open hand, just such a moment descended on them with startling and almost sobering clarity. They glanced at each other, and stopped laughing.

“I am Blayse Roosevelt,” said Jeromy, taking Evan’s hand. He scanned his face. It betrayed nothing but trust, so he continued, fighting to suppress a grin. “And this is my business partner from Greece, Homer Kolokostolopostolis.”

Evan shook Jeromy’s hand vigorously. “Well, I can’t thank you guys enough. What type of business are you in?”

“Oh, you can tell them Blayse,” said Cam. “Look how young they are, what are they going to do?”

Jeromy feigned frustration. “Well you tell them, Homer, if you want them to know so badly,” he said. “But if they make a mess of things, I’ll be the one who has to clean it up as always.”

“What are you guys talking about?” asked Alex, who had been sending text messages on her phone in boredom.

“Art,” said Cam. “We steal it. We’re art thieves. International ones. Diamonds too, you know, if we see them.”

“It’s true,” said Jeromy, pretending to acquiesce. “Homer and I are infamous on the art thief circuit. We are pulling off a big job tonight, in fact.”

Evan was spellbound, but before he could speak his girlfriend put away her phone and looked up at them in disbelief. “Are you guys full of shit or what?” she asked.

“Nope, it’s true,” said Cam. “And we can prove it. What do you think Blayse, can we bring them along?”

“I guess they can follow if they want. It’s not far from here at all.”

“I don’t know guys,” said Evan. “We just came into town to have some fun, not to get caught up in some sort of heist.”

Cam and Jeromy glanced at each other and almost laughed.

“Well look, we aren’t leaving for another hour or so,” said Cam. “Have some drinks and think about it. If you guys play lookout we might even cut you in for some of the profits!” He slapped Evan on the back, and he and Jeromy slid further down the bar with their drinks, leaving the bewildered couple behind.

“Where are we going with this?” asked Cam.

“Not really sure yet. It’s pretty damn funny though, Homer.”

“Think we can get them to come with us to the office?”

“Probably, yeah. But then what?”

Jeromy thought for a moment. “I don’t know, convince that kid to break in and steal us a fire escape map?”

“His girlfriend won’t go for it.”

“You forget, she’s about to drink what might be her first Cosmo.”

“Yeah well, I feel a little like I just drank my first Cosmo,” said Cam, staring at the beer in his glass. “But we’ll see, we’ll see.”