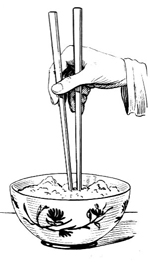 Hello! I’m now about 15,000 words into Grindstone Baby. Things are going surprisingly well, although I am hesitant to share very much, due to how rough it all is. Some passages are downright…. precious. But actually, my favorite part has been writing dialogue so far. It’s something I’ve never done before, and I’m finding it hard to not get carried away. My favorite character is Gordon, who is in this scene. He’s this really sarcastic and mean gay guy in his mid-twenties who works at H&M and is Sabine’s best friend.

Previous to this scene, Gordon & Sabine went to a bar opening and then to a party, after which Sabine woke up in the park. Here, they meet over pho to try and figure out exactly what happened the night before, and come to no real conclusions. I hope you enjoy it!

Sabine collapsed onto the sofa as soon as she entered the apartment. Her eyes closed and they wandered a blind path up the wreck of body she supported. Everything was warm, abuzz with hot blood flowing through it. Her senses were attuned to all the apartment’s noises. The furnace chugged along with its last puffs before the start of full-fledged spring. The refrigerator clicked on, with a buzz and a crackle, as it periodically did. The apartment sung with a mechanical hum.

And then the doorbell rang; Gordon. Sabine got up from her recline on the sofa to let him in.

“I’m glad you’re here. Do you want to go out?” Sabine asked him.

“Sure, I’m a bit hungry,” he replied. They twisted their way out of the building.

“Is Korean ok? That’s mostly what’s around her,” she asked with trepidation.

“Sure.” Gordon sounded a bit aloof, annoyed even. Sabine hadn’t expected that. They sat down in a restaurant around the corner and examined their menus in silence.

“Ok. So we need to talk about last night,” Sabine put down her menu and said.

“So the last thing I remember is getting out of a taxi with you and a bunch of strangers, at some unknown east-end house.” She waited a beat. “And then I woke up at around six a.m., beat to shit, on the grass in that park near Grace Street.” At this point the waitress came by and they abruptly ordered some noodles. They were quiet for a moment. Then Gordon said,

“I know,” replied Sabine. “So I might need you to help me fill the night in just a little.” The waitress returned with a pot of green tea, and they remained silent for a moment afterwards.

“This is scary. Actually. You should probably go to the hospital,” Gordon said quietly.

“I don’t care about that. Right now I just need to figure out what happened,” she poured two tiny, steaming cups of tea.

“Ok,” he said. “I can’t tell you all that much, though. We took a cab with some people from the bar, including that guy Nick, to a house party near Dundas, and a bit east of Yonge. It was pretty raging, and we must have gotten there at a little bit after three a.m. So we go in, make ourselves a drink from the bar, and talk to a few people.”

“Did we take anything?” she interrupted.

“I didn’t, and I didn’t see you do anything either. So we’re having a drink, and everything’s fine. Then I hear you semi-drunkenly talking to Nick about that Jenny girl. I didn’t hear too much because I was talking to some other guy, but at one point Nick said something like, he might know a dude who knows Jenny, or might have an idea of where she could be. At that point, I saw him introduce you to this other guy. This dude was older; definitely didn’t fit in with the rest of the crowd.”

Sabine cut him off again, “How was I acting? Was I wasted?”

“No, just a bit tipsy, but so was I and we had had a few drinks at that point. But nothing ridiculous.” Their bowls arrived and the conversation paused once again. The food smelled delicious. It had been over a day since Sabine had eaten a meal, and all of a sudden she turned ravenous. They began to devour their portions, and the conversation continued between mouthfuls.

“So the dude Nick introduces you to is probably in his forties, short grey hair, goatee, and suit. He was just sitting straight up on the couch, not talking to anyone, until Nick introduced you to him. So everything’s fine, I’m doing my thing, chatting up this guy, you’re doing your thing, talking to Nick and the old dude, when I look at my watch at it’s like after four o’clock. I figured we should probably just call it a night and leave together soon, but when I look over to the couch, the three of you are gone.” He took a loud slurp of the broth.

“And did you look for me?” Sabine was half finished her bowl and still ravenous.

“Of course I did. I looked all over the house, then I called your cell, then I asked practically everyone in the house. And then I called you like a million more times. I finally just went home, worried sick.” His bowl was almost done too. “Hey, wanna get some spring rolls or something? I’m still starving.”

“Sure, whenever the waitress comes back. Jesus Gordon. I’m so sorry.”

“Oh God, don’t be sorry! This obviously wasn’t anything in your control. I’m so worried about what happened, or what could have happened. You could be dead right now, or seriously fucking hurt.” The waitress came back and Gordon ordered them some spring rolls and dumplings to share. “So what’s up with you anyway. Did you get hurt…or anything?”

“I’m not sure of anything,” she answered. “My body’s pretty bruised up, but no cuts or anything. I bruise easily. And when I woke up in the park…”

“Jesus I can’t believe that,” he interjected.

“I know,” she continued. “My clothes were all dirty and a bit torn up, hair full of leaves, etcetera.” She paused for a moment, not wanting to concern Gordon more than he already was.

“Etcetera? Just tell me everything.”

“That’s so creepy. Who the fuck was that guy?”

“No clue. But I feel like I may  have found more answers in my amnesiastic state than I was planning on, so quickly.”

“Remember what I told you. There’s a twisted world all around us. We don’t have to look so far.”

“Oh?” he asked. Their two new plates of food arrived, steaming, at that moment.

“I think I may have been…. “involved” with a dude last night.”

“Oh my god. I knew it.” Sabine could tell that Gordon wanted to go for the food, but sensed its inappropriateness. So she went first to give him the green light.

“Well, yeah. I don’t want to jump to any conclusions. And you’re not allowed to act like I’m some sort of victim. And don’t you dare tell anyone.”

“Ok. It’s your call.” They ate the spring rolls in silence for a while.

“…So. In other news. The important question really is,” Sabine paused for effect, “Did you get that burly guy’s number?” Gordon smiled and struggled to choke down his food. He swallowed.

“Oh, of course. To get to the most important and dramatic part of yesterday’s events, I did  indeed get that guy’s number.”

“Minx!” Sabine and Gordon finished the meal, paid, and parted.