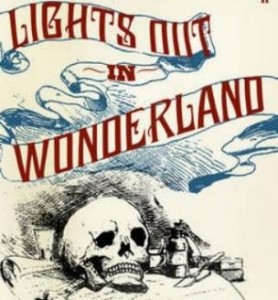 That’s right, literati. The best author no one talks about, DBC Pierre, has just released his third novel, Lights Out in Wonderland. It is, according to Pierre, the finale of a trilogy. Don’t worry if you haven’t read the first two books seeing as they have nothing to do at all with each other—not characters, not theme, not even style, really. You should read the first book, Vernon God Little. You should run to your bookstore and order it (because they probably won’t have it). Then you should devour it and marvel at how Pierre wraps the story up with possibly the best ending in modern fiction. Then you should try (not as hard) to read Ludmila’s Broken English, his second novel. It is really quite good and if VGL hadn’t been so damned amazing, I would have truly been blown away by it as well. Then you should go back to the bookstore where you were smart enough to have ordered all of these titles at the same time and get two copies of Lights Out in Wonderland, one for your own brain and one as a thank you to me for changing your life by introducing you to such great work. I prefer hardcover, but a nice trade paperback would suffice.